"The Royal Eise Eisinga Planetarium in Franeker is the oldest working planetarium in the world. Its moving model of the solar system was constructed between 1774 and 1781 by Eise Eisinga, a Frisian wool-comber. It is still in its original state.

The planetarium has always been accessible to interested members of the public. It has also received scientific recognition. All Eisinga's books and writings have been preserved and are accessible to the public."

Postcard 1
Vintage postcard of Planetarium Eise Eisinga. Thanks to Peter of Netherlands. 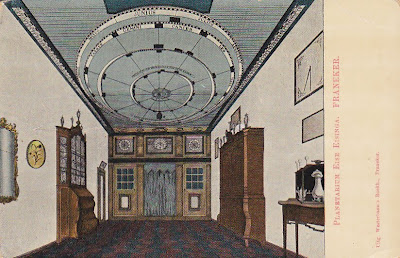 Postcard 2
Telescopic mechanism of Eise Esiginga Planetarium. Thanks to Ruyi of Netherlands for mailing using matching Eise Esiginga stamp set. Posted in November 11, 2019 and arrived in Penang island on November 23, 2019. 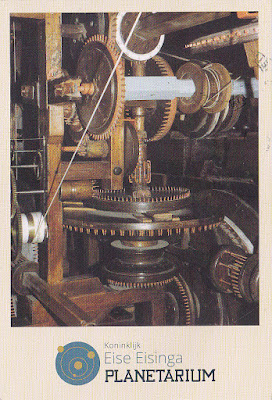 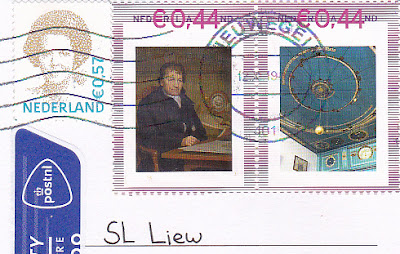 SL Liew
Welcome. Enjoy viewing the cards, postmarked stamps and share any interesting comments. If you can help to complete and enrich my collection, please let me know. Send me a postcard to my postal address : SL Liew, G-8-4 Taman Bukit Jambul, 11900 Penang, MALAYSIA. My email: smspenang@yahoo.com